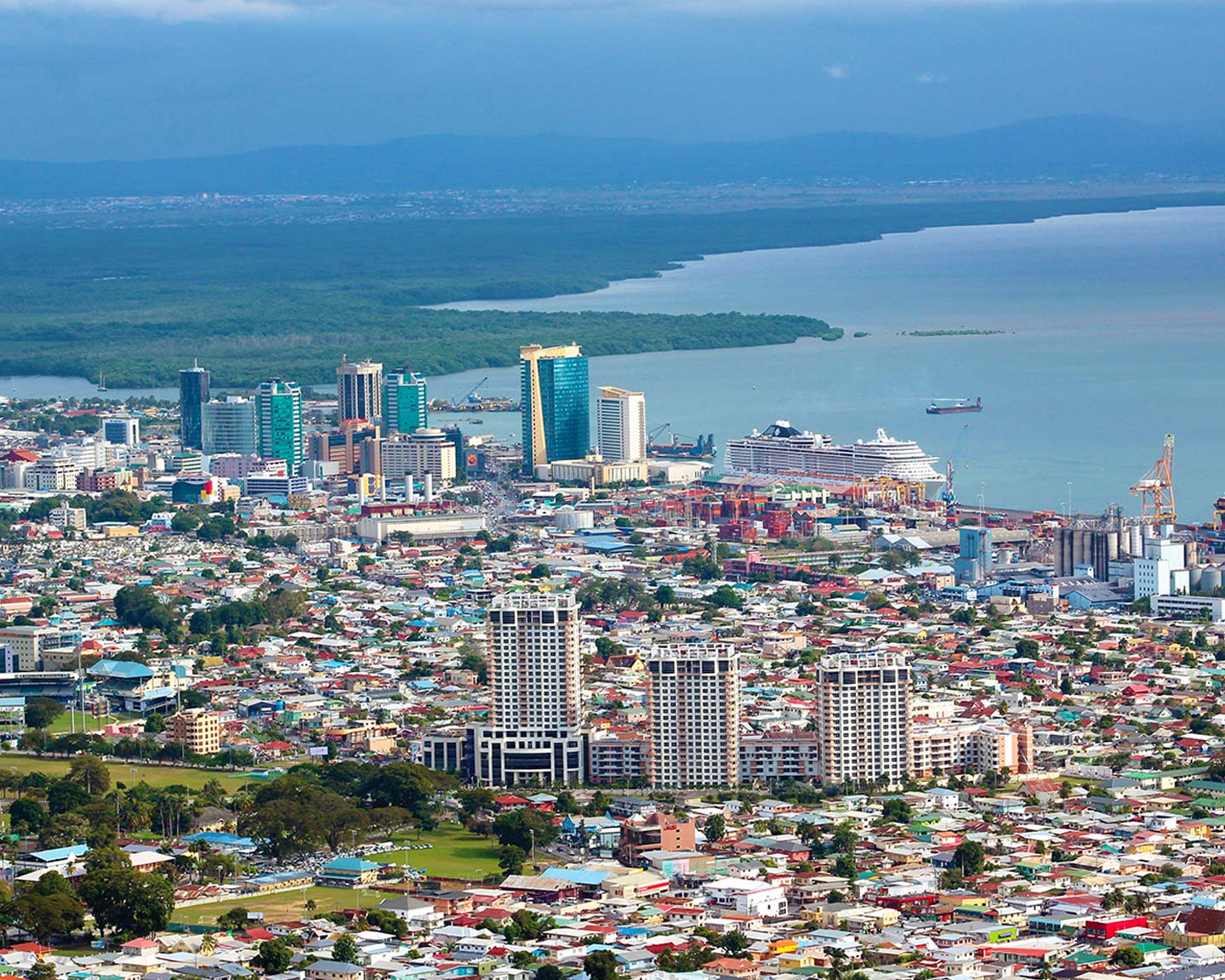 Trinidad and Tobago has an extensive transportation network of paved roads. Highways

link the north and south of the island (Uriah Butler Highway, Solomon Hochoy Highway), and the east and west (Churchill-Roosevelt Highway). Traffic is extremely heavy at peak hours when a high number of vehicles head into and out of the capital city and environs. Driving is on the left-hand side.

Aside from renting a private car, there are various options for getting around the islands including buses, route taxis, and maxi taxis - which are minibuses that run along fixed routes and are able to hold up to thirty passengers.

Route taxis in Trinidad and Tobago are privately owned cars that operate along set routes. They can be found in all major towns on the islands. Route taxis are identifiable by their licensed plates which begin with an 'H' (short for hired). Unlike in many other countries where you will have the taxi for yourself, you can expect to share these cars with up to four other passengers, depending on the size of the vehicle. Route taxis can either be stopped en route with a simple wave of the hand or boarded at taxi stands where you will have to wait until the taxi is full before departing. Private taxis are unmetered so be sure to check the fare with the driver before entering the vehicle. There also exists an extensive network of unlicensed private taxis (also known as PH taxis) but these are best avoided for security reasons.

Maxi taxis are easily identifiable by the coloured stripes found on the side of the vehicle which indicate the area that they operate in. These maxis run along set routes and can either be boarded from a taxi stand or hailed from anywhere along their routes. If you wish to exit these taxis, simply press the buzzer and the driver will stop at the next convenient location. If you are unsure of the fare, you can hand the driver a $20 bill (TTD), tell him where you boarded, and he will provide you with the correct change.

Buses are among the most economical way to travel around the island. Tickets for these comfortable, air-conditioned buses must be purchased from either the main terminal in Port-of-Spain (known as City Gate) or from the Sangster Hill Road bus terminal in Tobago. Information pertaining to bus schedules and fares can be accessed on the https://www.ptsctt.com/routes website.

There is also a water taxi service in Trinidad that operates a ferry which runs from the capital, Port-of-Spain, to the southern city of San Fernando. Tickets for these services can be purchased at either the San Fernando or Port of Spain water taxi terminals.

Piarco International Airport is located about 45 minutes from the capital city, Port of Spain. It plays an important role as a vital hub for international air traffic in the Caribbean. There are non-stop daily scheduled flights to and from major international cities.

The main seaports are located in Port of Spain and Point Lisas. The Port of Port of Spain handles dry and general cargo, break bulk, containers and passenger traffic. The Point Lisas Industrial

The CARICOM Jetty, which is located at the Port of Port of Spain and operates the passenger inter-island ferry, receives, stores and delivers CARICOM cargo and multipurpose containers for trade within the Caribbean region. A water taxi ferry connects Port of Spain and San

Fernando. Scheduled sailing times are Monday to Friday. Tickets cost TT$15 one-way and can be purchased at the Water Taxi Terminal located at Flat Rock, Lady Hailes Avenue, San Fernando or the Cruise Ship Complex, Port of Spain. Free parking is available at both ports. There is a Public Transport Service Corporation (PTSC) shuttle service, which costs TT$3 through the city of Port of Spain.