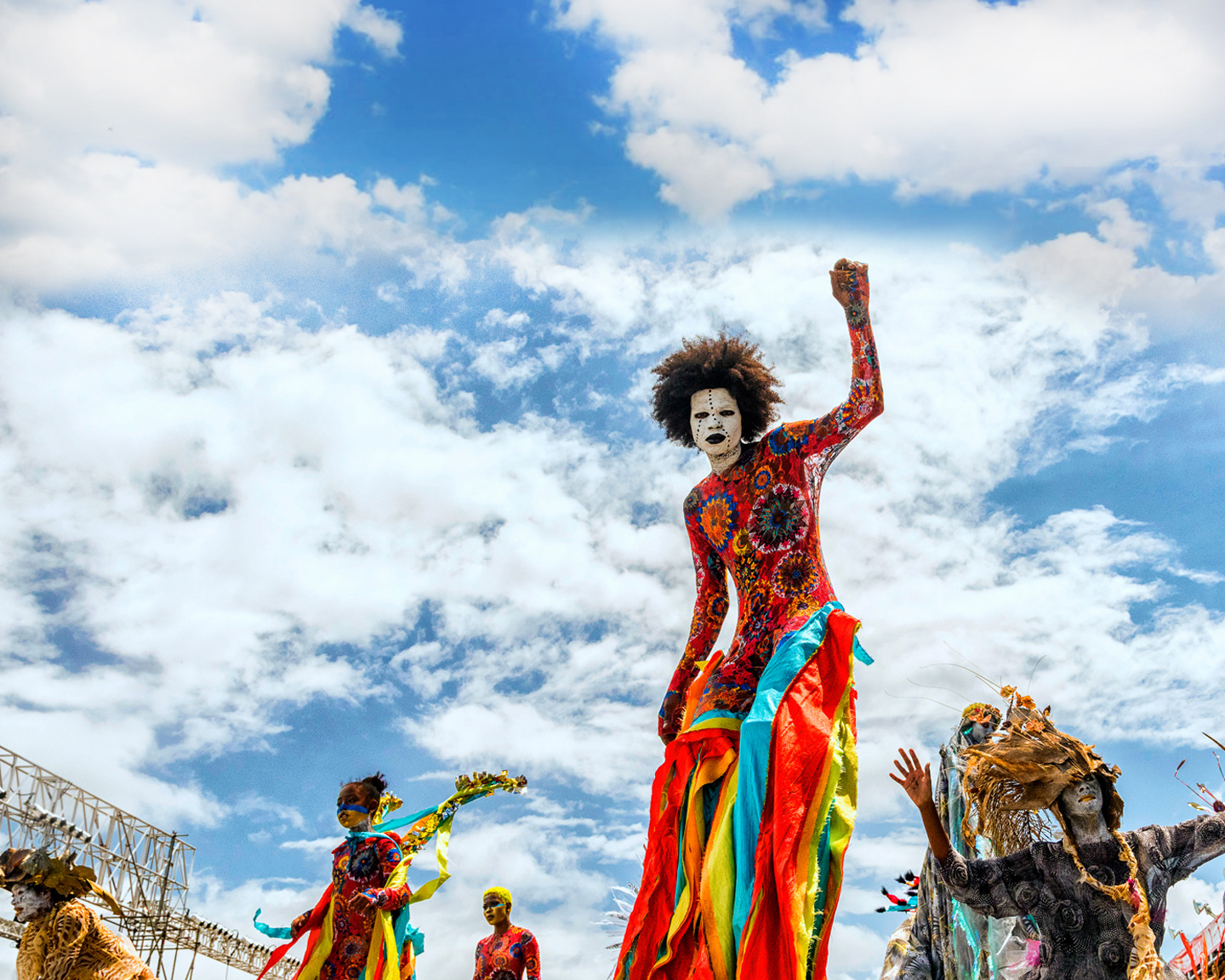 “It’s a different world up there. I love it,” For graphic designer Kriston Chen, walking in twenty-foot wooden stilts, whether in Alice Yard or at the Queen’s Park Savannah, is a liberating experience.

“This year (2019), I played with Moko Sõmõkow’s Palace of thePeacock, as one of the forest spirits. The band has grown from last year and there’s been an incredible amount of support from the public leading up to this year’s Carnival. Winning Queen and Band of the Year is a nod to the power of Moko Jumbies and Traditional Mas’.” Kriston explained.

Having grown-up as a minority in Trinidad, he has at times been heckled  as being foreign, a “Chinese”rather than as a Trinidadian.

However, as he explained in the engaging film ‘Lifted’ that premiered at the ttfilm festival at Carifesta, when people see him stilt-walking the focus is inclusive.

In 2017, after his return from studying in New Orleans at Tulane University, gaining a Master’s Degree in Public Health and an Associate’s degree in graphic design at Parsons, The New School for Design in New York City, Kriston wanted to launch a community project to help a new generation find a source of tradition and camaraderie.

The project has gone on to become a huge success and also brought a greater understanding and education on the plight of refugees from neighbouring countries including Venezuela. Known as 1,000 Mokos, the programme which was launched at Chris Cozier and Sean Leonard’s creative space, Alice Yard in Woodbrook, aims to bring communities together by teaching, for free, the art of stilt-walking. The team also hopes to break a world record of enrolling over 1,000 participants into this Afro-Caribbean art-form. Just two years later, the workshops and training sessions have ensured that they’ve crossed the one thousand mark.

As for the future - Kriston remains optimistic.

“I sometimes hear people say Traditional Mas’ is dying. It’s not. For anyone who has ever visited a Moko Jumbie Mas’ Camp, orBlue Devil or Fancy Sailor, you know very well the thing is alive. I’ve met some of the best people in these camps. The energy is electric and the creativity is insane. People are falling in love all over again with mas’.”