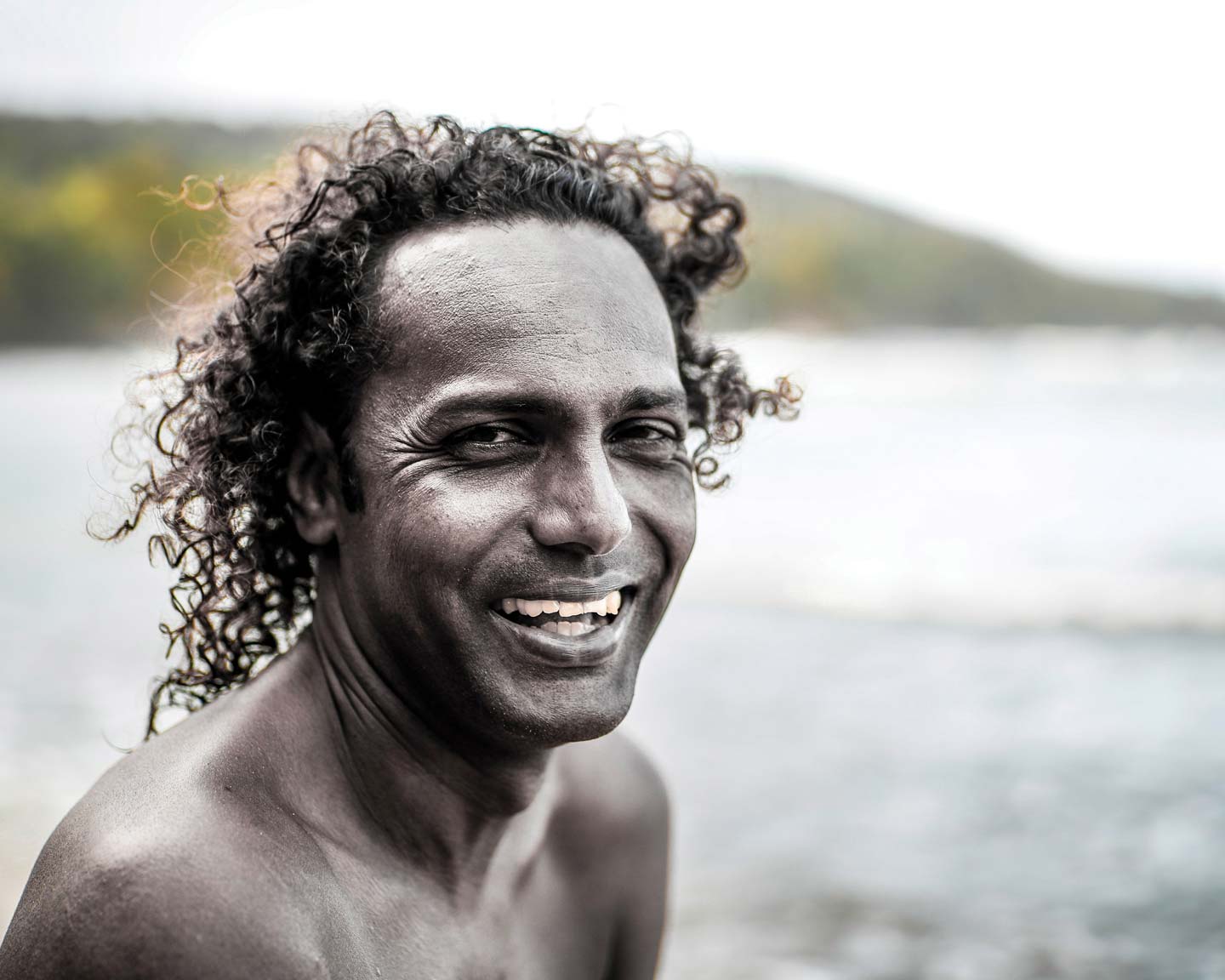 The villages of the east coast of Trinidad, from Balandra through Toco and west to Matelot, were alive with gratitude this October. Local surfer Chris Dennis, and his team of do-gooders, toured the area distributing over 200 free surfboards to the young people in the community.

As though it was not enough to have already “lost count” of national surfing championship titles, quantified at over 15 in the junior, open men’s, masters and longboard divisions, Chris has also won international surfing events in California and Puerto Rico.

Once ranked 144th in the world on the World Surfing League Qualifying Series, the highest of any Trinbagonian Surfer in history, Chris was the subject of a documentary that catalogued his mission to get there called “Between Worlds” produced in 2015.

An avid fisherman, free diver and all-round talented athlete, Chris grew up in the quiet coastal town of Rampanalgas, a stone’s throw from the turbulent seas of Trinidad’s east coast.  His incredible work ethic, and appreciation for everything he has achieved, he attributes to the strong foundation his parents provided.  It was always, work first, surf later.

Chris made a commitment to passing on his positive attitude toward hard work and commitment to education to the youths of the rural communities.  He developed a programme in his village called “Fools don’t Surf” where kids were required to attend school, and reading lessons after school, to be allowed to participate in the surfing activities thereafter.  Kids in the programme were also taught trades such as surfboard repairs and fibreglass techniques.

Chris’ most recent endeavour, part of global initiative developed by Vans Surf Brand and choreographed by the Positive Vibe Warriors non-profit organisation, both hailing from California, has been perhaps his most rewarding accomplishment to date.  Surfboards numbering more than 200 were donated by surfers across the United States, packaged and shipped to Trinidad and Tobago.  After months of planning, the boards were distributed by Chris and the team of both local and international surfers, who also gave surf clinics in each coastal village, much to the appreciation of all.